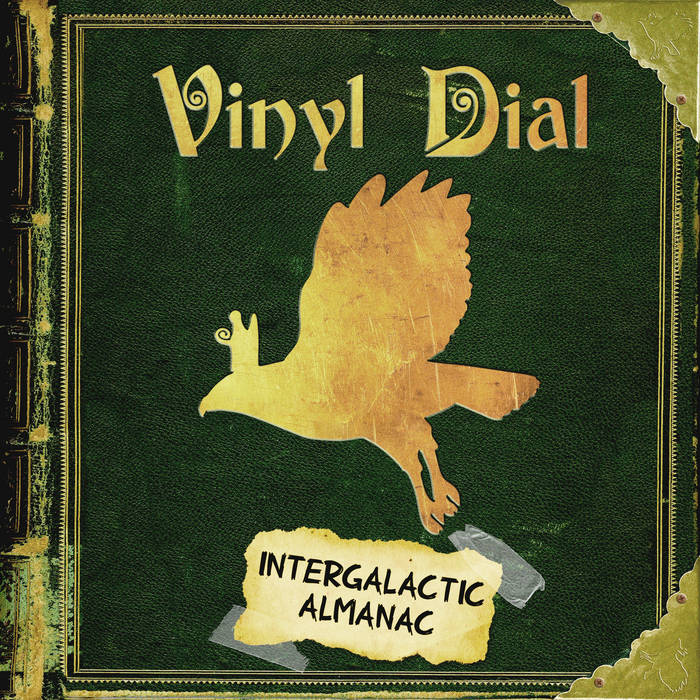 ⁂V‡▲D‡M∇R⁂ Lovely ep, every track tells a different story. Beautiful guitar riffs as well as amazing programmed drums that make you feel like you're actually at a rock concert. If you're a fan of prog rock or any sub genre of rock you will love this ep! Favorite track: Space Dragon.

V//Tomo Vinyl Dial continues to carve out his own unique take on prog with this one! Vocoder vocals and video game influences alongside some truly top notch guitar work make this a must listen for any lovers of prog music. Favorite track: Polyhedral Cathedral.

Intergalactic Almanac is set years after Space Wizard, where you, an intrepid explorer, finds the Space Wizard's journal, leading you on an epic 25 minute long space mission. Start your engine...

Adventurer! The universe is full of perils, but hopefully this journal can lend you a hand in surviving the wretched treachery that you’re about to encounter... Unless of course you’ve somehow found this in a universe where perils and wretched treachery doesn’t exist but I find that highly unlikely. Danger lurks everywhere, trust no one.

🐉 Entry 1 - Space Dragon
It’s real! I’ve seen a metal dragon (fashioned after the cryptid of the same namesake from Earth) darting about the sky effortlessly, phasing in and out of reality, leaving no trace of its existence. I am determined to get a clear photograph of the iron beast to try and deduce its origins, but alas the only picture I managed to take was about as good as a 1970's UFO sighting. They were real by the way, the sightings, every single one of them. Even the “fakes”. Ever heard of memory manipulation? Don’t worry, we’ll get to that in the guide…

💠 Entry 2 - Polyhedral Cathedral
My old friends, or so I thought. The Anunnaki, a mysterious race that are said to predate all of recorded history. Based on some of the oldest texts on Earth and crossover episodes between religions, it can be confirmed that a winged bird beast had its way with a monkey once. Fast forward a few millennia, and we have an oppressive council sitting in an ivory tower, well not a tower, an icosahedron. They live in a giant D20 and it’s as ridiculous as it sounds. Ever played Dungeons & Dragons? They based that game off my biography back in the day (although magic missile used to mean something different back then if you get my drift). Anyway there’s some factories up in there, probably some genetic experimentation, oh and definitely a prison.

⏳ Entry 3 - Ad Astra Per Aspera
The Anunnaki definitely do not take kindly to not getting their own way, and have special precautions they will take in such an event. There is a “guardian” creature inside the cathedral, not a man, but a horrifying homunculus with a hollow face and elongated arms and fingers. This thing is quick, so run for your damn life if it tries to chase you down. Likely another one of their genetic experimentations, who knows what kind of bastardised inter-species mashup we’ve got going on here. Kind of like if a modern day rapper sampled a 1960's prog tune, but in alien form. Anyway stop reading this, and escape, you're running out of...

⚗️ Entry 4 - Bad Lullaby
Really? You’re ending the story back on Earth? I thought we were just getting started with the space travel and adventuring lark. Well, in that case, I’m closing the book and pulling the handbrake up. The particles have finally slipped away, and a story about a nameless man in another day can begin.

Special Thanks - Les Chilton, for coming up with the ŧrack name/part of the concept of the "Polyhedral Cathedral".

Submissions are closed for now. Label is on hiatus, dreaming of a post-plague world.

Bandcamp Daily  your guide to the world of Bandcamp